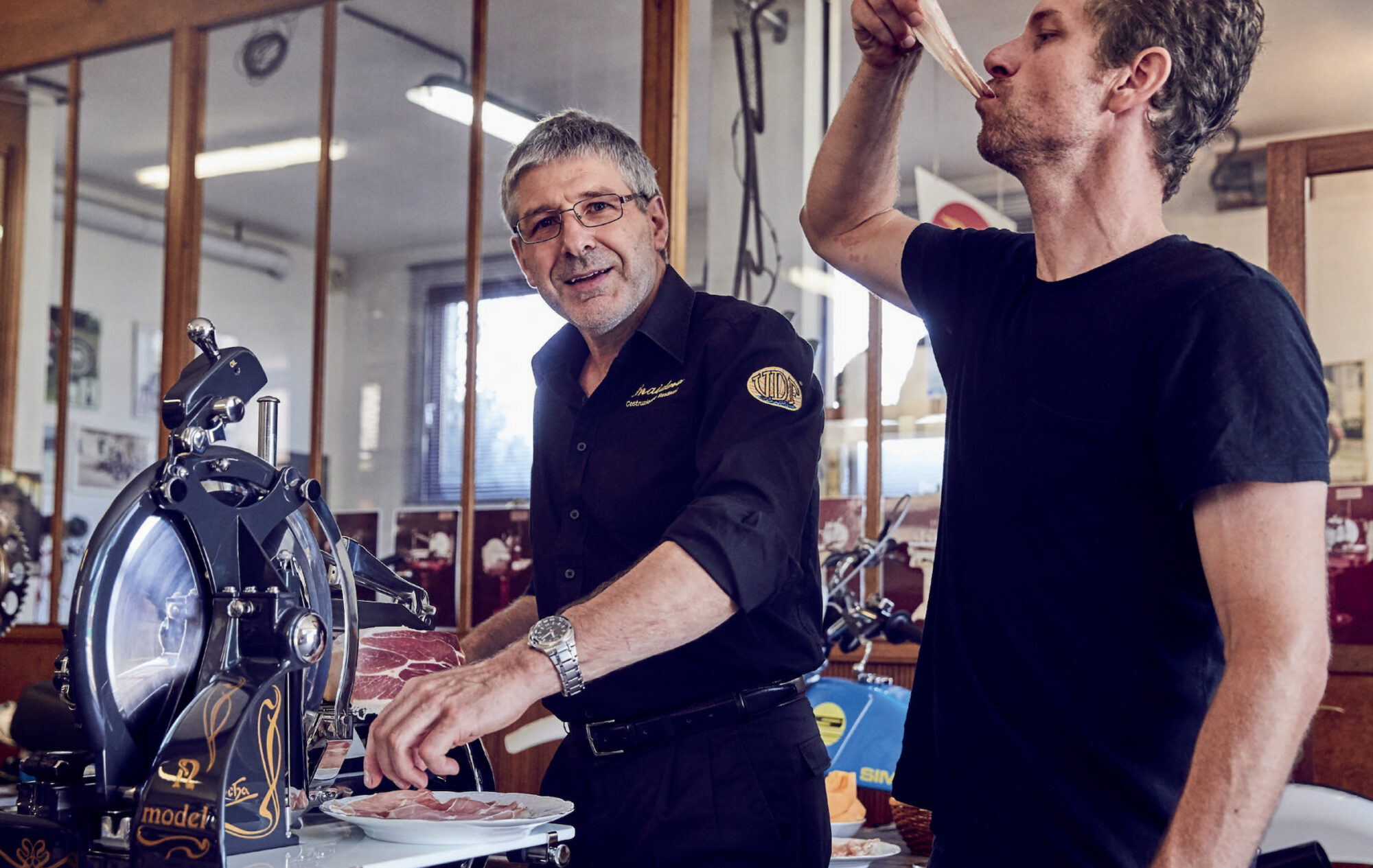 Gubana is a Friulano sweet roll/cake filled with raisins soaked in Amaro Nonino (also Friulian!) for up to 24 hours. Its big and it’s boozy.

Journey to the Land of Prosciutto and Frico.
“Friuli is a land of castles and giants and princes,” says cookbook author Meredith Erickson of the topic of her latest deep dive, Friuli Food and Wine, written with Bobby Stuckey and Lachlan Mackinnon-Patterson, co-owners of Frasca Food and Wine in Boulder. “Friuli is mysterious.” Erickson, along with her collaborators (who met working at The French Laundry before decamping to rural Colorado), is exploring this lore through a richly photographed travelogue and cookbook tackling the food of Italy’s extreme north.

Technically called Friuli Venezia Giulia, or FVG to avoid the marble mouth, the region borders Austria, Slovenia, and the Adriatic Sea. The food and wine culture can’t be put in a single box, influenced as it is by the neighboring Austro-Hungarian Empire countries, as well as the varied geography—the protruding Dolomites and Carnic Alps and the surf rolling into the port of Trieste. Wine is king, particularly the whites, and the prosciutto di San Daniele and frico made with local Montasio cheese are legendary. But looking closer, as the authors do, Friuli is far from the sun-soaked stereotypes of Italy’s south.

This is the land of crisp Friulano (the region’s namesake white wine) and the “OG polenta,” as Erickson writes in the book about the region’s buckwheat version that predates corn. FVG is a unique place, with a level of isolation from the rest of the Boot—both cultural and geographical—that feels almost like the island of Sicily in the south. But unlike Sicily, few in the United States have identified Friuli as a region to seek out for travel, or for cooking through at home. The authors give readers plenty of reason to do so here, and, as Erickson writes from her current home in Milan, plenty to love for the wine nerd, cyclist, runner, and Italian lover. —Matt Rodbard

Why has Friuli been so overlooked as one of Italy’s finest regions for food and wine?
For some, the mystery comes from its border with Slovenia—we’re not in an Under the Tuscan Sun realm here. And that’s what I like about it. Much of Friuli sits in the shade of the Carnic Alps, and its real estate on the Adriatic—though completely singular with the lagoon of Grado—is relatively small. Millions flock to Venice each year, and I think Friuli is just outside of that spotlight. But I think that’s part of FVG’s appeal. You can land in Venice and literally be eating the freshest seafood an hour later in Grado and drinking Friulian wines. Don’t get me wrong—I love Venice—especially when it’s quiet, like it is now. But if you love the underdog and the undiscovered, and the warmest hospitality, my money is on FVG every time.

How were you introduced to the region, and how often do you visit?
I’ve always been intrigued by Friuli. I guess my first introduction was in Ernest Hemingway’s A Farewell to Arms. At that time, I was interested from a wine perspective, with the famed wines of Gravner, Radikon, and Vodopivec. When I started reading Bobby’s wine list at Frasca from my home in Montreal, well, it was one of the lists I was most impressed and excited by. I reached out to Bobby saying, “Hey, if you’re ever interested in a collaboration . . .” And he was in touch right away. We visited FVG four times for the book, and I’ve been back twice—all in the span of four years or so.

The book’s photography is both rich and intimate. How did the photo shoots get organized, and how many shoot days do you estimate were done?
We wanted to portray FVG in both a full and whole sense, so we categorized the book (and our shoots) into three manageable sections, namely land (including vineyards, so this is where all the wine action happened), sea, and mountains. With mountains in mind, I should say that this part of the world was already on my Alpine Cooking radar, so discovering more about the Carnic and Julian Alps was a bonus. William Hereford, the photographer we worked with, might know the shooting days involved specifically, but all I can really say is that it was a lot.

The book details a number of regional specialities, and one I landed on is frico, which you write is considered the pizza of Friuli. What does that mean?
We say in the book that frico is to Friuli what pizza is to Naples. What we mean is that it’s an essential regional dish and the best one on offer. Frico is something that comes with a lot of opinions. At Frasca in Boulder, they do frico caldo and frico croccante. Both are ways to use up the scraps from Montasio, the FVG cheese. Hot, it’s served over the top of potatoes, almost like a rösti. Cold, they’re crispy baked pieces of cheese. Either way, frico is dangerously good, and I don’t trust myself around any of it!

What’s another little-known dish from the region that more people should know about?
I’ll give you the three dishes I always serve at a dinner in order. First, Rosa di Gorizia, apple, and horseradish salad. It doesn’t matter how you make this combination work, but these are three quintessential FVG products. Rosa di Gorizia (radicchio) are not always easy to find, so consult with your most esteemed and friendly grocer.

Tagliolini al Portonat knocks it out of the park every time. It’s so easy, yet so impressive for any guest. Essentially, it’s pasta with cream and poppy seeds, all wrapped in the thinnest strands of prosciutto di San Daniele you can get your hands on.

Gubana is a Friuliano sweet roll/cake filled with raisins soaked in Amaro Nonino (also Friulian!) for up to 24 hours. Its big and it’s boozy.

You were living in Italy when COVID-19 broke. How are you doing?
I was living in Italy up until March 12, at which point I decided to fly back to Montreal and ride out the storm. I was in deep solo isolation for a solid three months. When I left Milano, there was no one on the streets and strict curfews. Upon returning in July, it feels much less quiet and very safe. The summer is quiet in Milan, as many are in the mountains or at the sea. I’m just so thankful to be here that I barely want to leave my neighborhood.

Let’s talk about your previous book, Alpine Cooking, which is an amazing work. We talked about this on the TASTE Podcast a bit as well. Why is mountain food so misunderstood? What does your book do to smash that?
Thank you. My book reminds readers that the mountains are for everyone. That’s my pitch and my honest thought and feeling. Those who live in the mountains are the OG isolationists! It takes incredible will to not only survive but to thrive at altitude. It also means the blinders are on, in some ways, to the rest of the world—which leads to incredible clarity, a sort of purity, and also creativity.

What are you currently working on—bookwise, or anything else you want to share?
There are two things I can mention here, both of which I’m super excited about. First, in November, I’ll be hosting an Audible Original podcast called “Field Guide to Canada.” The first season is ten episodes; a cross-country version of “my” Canada complete with incredible characters, locations, and food, of course. Canada is so massive, and I often think about what my ultimate itinerary would be if I were driving coast to coast. This show highlights why I love certain locations and, moreover, shines a light on some really inspiring Canadians. It’s unique, and I’m loving the audio element and working with a team. I don’t think there’s anything else quite like it out there. But bookwise, I’m happy to announce my next book will be called “Alta Italia” and is all about Northern Italy. It’s the same vibe as Alpine (same team, same photographer: Christina Holmes). It’s a travelogue turned up to 11. Even though I’ve just started writing –it’s the reason I flew back to Milan as soon as I could—I think it’s going to be an incredible couple years.

This interview has been edited and condensed for clarity. 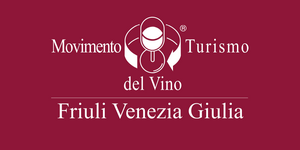